Gravity changes everything in this hectic online multiplayer game set in an exploding space station.

Race through an exploding space station to be the first to reach the escape pod. Change gravity to overcome obstacles and ruin the plans of other players. Walk on the ceiling, run across walls and overcome dangerous obstacles in this fast-paced multiplayer race game.

For this project I was the game and level designer. It was my job to make sure the game was playable and fun. Some of the early iterations of the game can be seen below. Once the core level design was satisfying enough I moved to add strategically placed power-ups and obstacles that forced the player to change gravity. After that I started working on implementing playtest feedback. For example, having a minimap in a game like this would be really confusing. To still let the player know where they are I gave all walls on each floor a different color, so players could always see what floor they were on.

My focus while working on Gravity Fall was on level design. Trying to make a level that still feels like a space station while keeping in mind all the possible areas people could walk on turned out the be rather difficult. I had to make sure the player would always have a way out and would never get stuck in an area when the gravity flipped a certain way. Another obstacle was making sure the player would always know where in the map they are regardless of orientation. It required me to look at level design from a completely different angle. 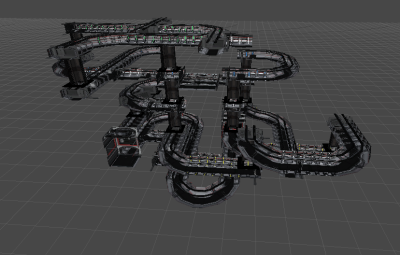 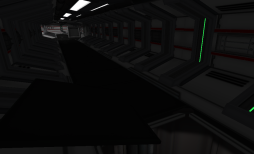 Green lights telling the player what floor they are on.

Lights tell the player what floor they are on. 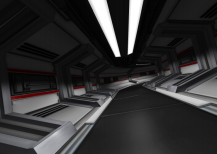